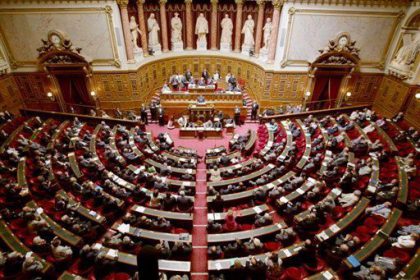 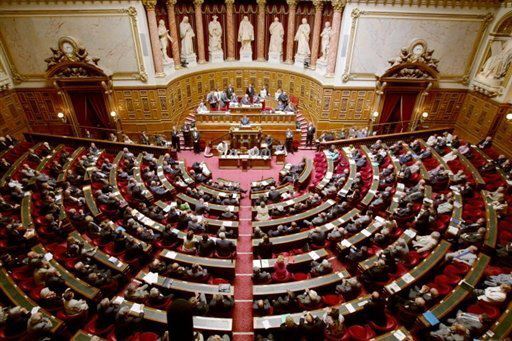 French hold true to their word

Amidst songs calling for the children to awaken with ?Zartir Lao? (which coincidentally.. or not? was one that Turks had ?Turkified? and used for their own purposes) and proud displays of Armenian and French patriotism, the descendants of the survivors of the Armenian Genocide celebrate not simply the law in itself, but the fact that for once, a country held true to its promises. Until the last moment, Armenians were wary, knowing from past experience that to have any hope would be simple naivete. With 237 votes to be cast, 24 abstentions and 86 opposing, the denial of the Armenian Genocide was made into a criminal offence with 127 voting for the legislation.

Nearly 7 hours later, the French finally gave their final speeches and final votes. The hours had passed too slow and throughout the whole time, over 2000 had been watching the proceedings live through Yerkir Media's online streaming TV on 23 January 2012.

During the entire time, the Armenian National Committee of America (ANCA) had a step by step update on the proceedings. Over the 6-7 hours, the speeches made this clear:

– Sen. Tasca of the Socialist party against the measure.

– Former Senate President Poncelet (UMP) argued against the law, along with Communist Party member Robert Hue. Poncelet argues that the law could affect the strategic French relationship with Turkey. He had opposed the Armenian Genocide resolution in 2001. Sen. Hue argues that the Senate should not be “writing” history.

– Mr. Patrick Ollier, the government?s liaison to the parliament, is opposed to the measure, and thereby supports the law criminalizing Genocide denial.

– Sen. Natacha Bouchart of the UMP party opposed the motion and spoke in support of the law.

– Sen. Jean-Vincent PLAC? of the Green party (ECOLO) spoke against the law, arguing that it is a dangerous precedent.

– Socialist Sen. Kaltenbach offered the party?s support for the measure.

– Govternment's liaison to parliament Patrick Ollier spoke in favor of the law, offering responses to each Senator who spoke in opposition of the measure.

– Sen. Sophie Joissains of the UMP party spoke in favor of the law and against the committee vote last week.

– Chairman M. Jean-Pierre Sueur argued that Gayssot law which criminalizes Holocaust denial is different because the Holocaust is internationally recognized as a result of the Nuremberg trials, etc. As such it is constitutional. He continued arguing that passing this law will open the pandora?s box of discussion on various genocides and massacres and France may be labeling as genocide terrible acts whose historical facts are questionable. Sen. Sueur is arguing that there is a difference between French affirmation of the Holocaust and the Armenian Genocide ? basically stating that the Holocaust is ?more? recognized because of the Nuremberg trials and broader international recognition.

– Sen Ambroise Dupont of the UMP party opposed the measure. He is chair of the France-Azerbaijan parliamentary friendship committee. He argues that the passage of the measure will affect France?s ability to mediate the Karabakh conflict.

– Sen. Bernard Piras of the Socialist party supports the measure.

– Sen. Nathalie Goulet of the Radikal UCR party opposed the measure. Goulet, who is of French Turkish origin, participated in pro-Turkey supporter rallies over the weekend.

– Sen. Jean-Vincent Place of the Green party opposed the measure. The Green party had expressed its opposition to the law prior to today?s discussion.

– Sen. Bruno Gilles of the UMP party spoke in favor of the measure. 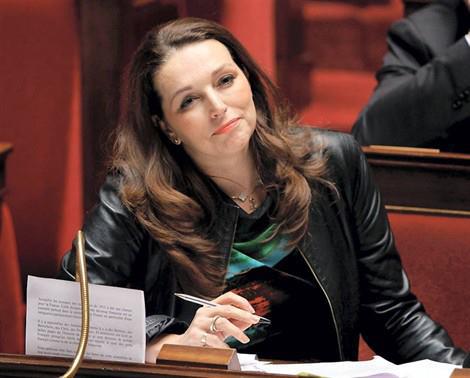 – Sen. Luc Carvounas of the Socialist party argued for the law. Carvounas argued that the law criminalizing Holocaust denial has not curtailed academic discourse on the topic.

– Sen. Phillippe Kaltenbach of the Socialist party spoke in favor of the measure. The Socialists are the majority party in the French Senate.

– Sen. Herve Marseille representing the Centrist party (UCR) echoed the French government's position outlined by Mr. Ollier earlier, noting that it will be a useful law to fight denial.

– Sen. Esther Benbassa of the Green Party opposed the law, arguing that it would curtail academic discussion on the issue.

– Sen. Roger Karoutchi of Sarkozy?s UMP party spoke in favor of the measure, arguing that France has recognized two genocides – the Holocaust and Armenian Genocide. Denial of one is criminalized, and the other is not. We need to have one response to genocide, and this law seeks to do that.

– Sen. Jacques Mezard of the Radical party opposes the resolution, echoing the legal committee?s argument that the law is unconstitutional.

– Sen. Isabel Pasquet representing the Communist party questions the timing of the resolution, arguing that it is simply to secure the Armenian vote. However, she expresses her party?s support for the law because genocide denial should be criminalized, in principle.

– Sen. Jean-Pierre Sueur speaks against the measure, representing the Senate committee on laws decision to vote down the law last week.

Successes according to the ANCA page:

Step 1 ? SUCCESS: With a vote of 86 YES and 187 NO, the Senate votes down the Committee vote last week against the law criminalizing Genocide Denial. This lifts the first and main hurdle to final Senate passage of the law.

Step 2 ? SUCCESS: With a vote of 81 YES and 171 NO, the Senate votes down the second motion of the day ? which was against passage of the law criminalizing Genocide denial.

Step 3 ? Success: The first amendment of the day was voted down by a vote of 42 YES and 116 NO. Discussions continued about the actual articles of the legislation.

Success #4 and #5: With a vote of 86 NO and 120 YES, the amendment to article 1 is voted down, and by an agreement of the Senators regarding the voting process, both Articles 1 and 2 of the law criminalizing Genocide denial has been adopted.
At this point the Senators discussed the legislation as a whole, and gave a final vote on the complete measure.

No matter what anyone?s views on the bill, it is impossible to say that this bill wasn?t an immense victory on the part of the Armenian community in the diaspora. We may be divided for the most part, but when it comes to issues that affect the whole of the Armenian nation, we unite to conquer adversity.

Photos:
1) The French Senate.
2) Valerie Boyer, the member of the National Assembly of France who initiated the law.

Published in Azad-Hye with permission.

Crowd outside the Senate singing Armenian patriotic song “Zartir Lao” (Wake up) during the Senate debate: