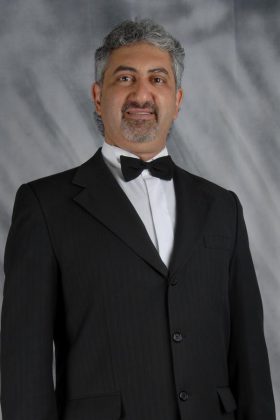 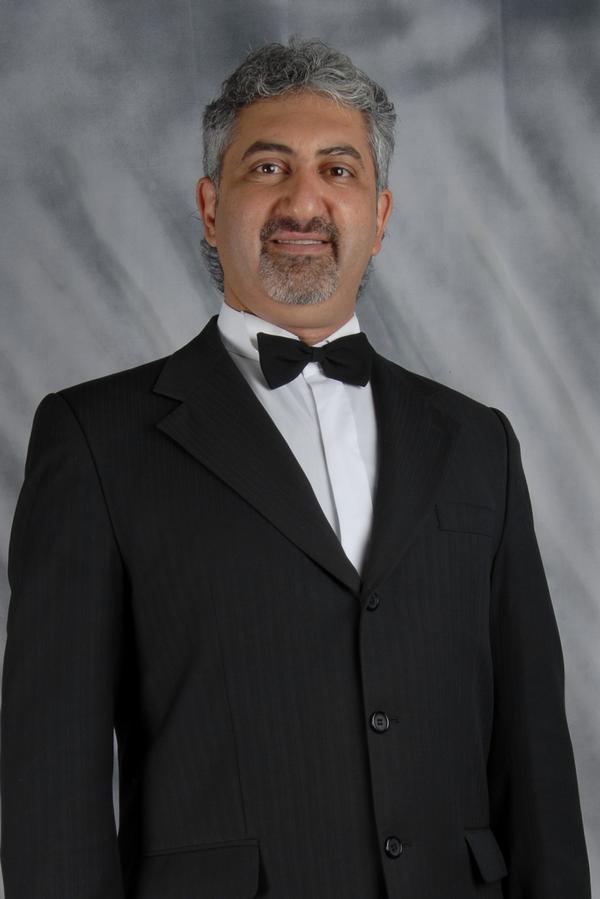 Every Armenian should play a role in building Armenia

Kevork Hadjian is a well?known performer of Komitas songs. Originally from Lebanon, Hadjian lives in Armenia since 2004. During his stay in Kuwait (1994-2004) he has cooperated with Azad-Hye in the capacity of the editor of the Prelacy bulletin “Aztarar”.

Before his recent performance in Sao Paolo, Brazil, Irina Hovhannisyan had the following interview with him:

Where have you been born and what kind of childhood did you live outside Armenia?

I have been born in Anjar, an Armenian-populated town in Lebanon, where the inhabitants of historical Musa Dagh took refuge, including my ancestors. I have attended the national Haratch and Caloust Gulbenkian schools in the town. At a very tender age I have been part of the religious choir in the local Saint Boghos church.

Who has been your first teacher of music?

I have taken my first singing lessons from my mother. As a housewife, while she was taking care of our household she used to teach me patriotic songs. I am thankful to God for having such a mother. My father was a peasant, who has also been involved in singing, but only within the circle of friends.

How has life been outside Armenia?

As you know the Armenian Diaspora has a very rich organizational structure. Based on that we had several cultural, athletic, ideological and other organizations in our village. They formed, with the church and school a kind of integral structure, where the character of the patriotic Armenian is formed. I was yearning since very young age to live in Armenia and was striving to reach to that goal. Thank God, this became reality.

Where have you received your musical education?

I have received my musical education at the Theological Seminary of the Catholicosate of Cilicia in Antelias, Lebanon. There, under the guidance of my teachers Kevork Kandaharian and Archbishop Zareh Aznavorian, I seriously researched spiritual, classical and national music. Through their support I became a soloist at the Catholicosate's Shnorhali Choir. I was following during the same time lessons in piano and solfege (voice exercise).

After the Seminary I was accepted to the conducting class in Hamazkayin's “Parsegh Ganachian” Musical College, under the leadership of Harutiun Topigian. I had my first solo appearance in Anjar, performing songs by the famous Armenian musician Komitas. My sister Sevan accompanied me with her beautiful soprano voice.

In 1994 I and my wife were invited to teach in the Armenian School in Kuwait, where my wife Frieda taught Armenology subjects and I taught music and Armenian history. At the same time I was heading the school's children's choir and the Naregatsi multi-voice choir or the Armenian Prelacy of Kuwait and the Arabian Gulf.

After 10 years of prolific life in Kuwait we decided to settle down in Armenia fore ever, aiming at gaining first specialized higher education and living in the country that we had always dreamt about. I was accepted in Yerevan State Conservatory named after Komitas and parallel had the chance to take mastery lessons from the well known international opera singer Barsegh Toumanyan, which I am continue to follow from time to time, while my wife completed Master's program at the Philology Department in the Yerevan State University.

When did you visit Armenian for the first time?

I visited Armenian for the first time in 1998. It is a feeling that you cannot describe when you are eventually in the homeland that you have always dreamt about.

What is your opinion about young performers of classical music?

According to my view Armenia is one of the richest countries in producing artists. There are numerous talented young artists with many virtues. The problem is that these young artists are experiencing difficulties in professional career prospects. Artists in general are not highly valued, a painful fact that forces the artists to leave the country and to look for temporary work in other countries. My pray to God would be to create opportunities that artists feel positive and strong about their presence in Armenia.

Do you think, when time comes, your son would be able to establish himself as expert in Armenia?

As a parent I would like to wish that my son receives specialized education in Armenia because such as musical education is available here at international level. But I am not sure if he will be willing to struggle for establishing a career here after getting his specialization. I wish that he establishes himself in Armenia. We are sowing now and later he will be the one who will decide about any move.

What do you like in Lebanon, which you have not found it here?

I do not want to do comparisons, because I like to look for everything and find it in my country. Yes, Lebanon is my birthplace, it is a beloved and unforgettable place, but in Armenia you find everything related to Armenians: Armenian life, Armenian peace, Armenian eternity. Whatever you have in Diaspora, even if it is the creation of Armenians, it is not considered to be ours. We need to evaluate Armenia as it deserves: a cradle of a centuries old culture, a crossroad for creative civilizations. We are defenders of the Armenian gene, so we need to do everything possible to make the country attractive to all the Armenians who live abroad, so that they all come back to the land of their forefathers, to the eternal Armenian soil. In this context, every Armenian should play a role in building the country of Armenia.

What are your principles in this regard?

To live and to create in Armenia, to struggle here. When we first came to Armenia we stayed in a building near the Opera House in Yerevan, where we could not find peace. We were convinced that in Armenia we needed to build a house on a piece of land and live there and not in a multi-storey building. For that reason we built on a piece of land we had in Proshyan town where I have already cultivated 100-120 trees and I have decided also to do some farming work with animals. This has a psychological meaning related to our understanding of life.

Regarding professional art, I have recorded in Armenia until this moment three CDs. The first is called “First offering of Komitas songs”. The second CD is titled “Bless you” which is a collection of spiritual songs, hymns, melodies, etc. from the spiritual musical heritage of the Armenian Apostolic Church, accompanied by “Sharakan” ensemble under the artistic leadership of the conductor “Daniel Yerajisht (Daniel the Musician). The 3rd CD is titled “Armenia in songs” which is a collection of patriotic songs. Very soon I will produce also a fourth CD.

Mr. Hadjian, what are your hobbies and preferences?

I love the nature very much, I like spending time with my family and friends. My best hobby is researching about Armenia, city by city and street by street.

Today, many people think about traveling to Europe. What do you think, is there anything that the Europeans can learn from us?

To go to Europe just for the sake of being in Europe or for having a better life conditions is something that I do not agree. Going there for academic reasons and for relationship exchange is something positive and beneficial. If we work together we can make Armenia as a hub of many professions and as a lighthouse for higher scientific and cultural life on international level. There are some criteria according to which Europe can be considered more accomplished than Armenia, but even these criteria I consider them relative. For us the issue should be to preserve our national characteristics. If every Armenian finds itself himself/herself enough power and the inner God that can enlightens the path of struggle, I believe we will be able to have an Armenia of the highest criteria and we would be considered on the frontline of the civilized nations.

There are Diaspora Armenians who do not wish to return to homeland. What you can tell them?

I am not someone who can tell with words. I believe in the power of Armenian song and as a singer I would like to see my song useful in this direction. Let my life and songs be as practical words. This is the essential idea. I always, and especially when I am on stage I encourage my compatriots with the idea of repatriation. I wish that this idea through my songs and through the will of God to penetrate into the hearts of my listeners and to carry them into their homeland. If you put a plan towards this direction and if Gods sees that you are honest in your intentions, and even if you lack the financial resources, God would show you the way towards Armenia and how to assist Armenia to be the paradise came true. I would like to ask to my compatriots who today look with nostalgia to Armenia to come and settle down in the fatherland so that they become stronger and live eternally as Armenians. The most important thing is to take that step.