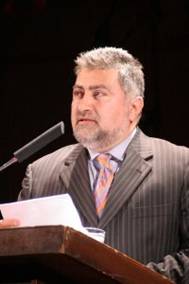 The need for clarification

The importance of the signing of the Treaty of S?vres in terms of territorial rights lies in the fact that, by accepting the document, Turkey acceded to the arbitration compromise, and in so doing, the country reconfirmed its obligation to carry out any arbitral award by the US President.

I emphasize that it reconfirmed the obligation, as, by signing the Armistice of Moudros (on the 30th of October, 1918), which was without question a capitulation in legal terms, Turkey had handed over its sovereignty to the victorious powers and it was they who had the right to decide which part of the territory of the Ottoman Empire would form a new Turkish state.

Consequently, our struggle on the legal front must be based on two documents ? the Treaty of S?vres  (of the 10th of August, 1920) and, in particular, the arbitral award of the US President Woodrow Wilson (of the 22nd of November, 1920) derived from that treaty. As to the first, it must be noted that, although it has not been ratified, it is nevertheless a binding document, as it has been signed ?between the contracting parties? (vide Vienna Convention on Law of Treaties, Article 2 (f)). As to the second, it is necessary to emphasise the following: (a) the arbitral award is inviolable, it has no time limits and it is a legally-binding decision; (b) although the arbitral award was carried out by the US President, it is nevertheless a binding document for 142 of the 192 current members of the United Nations (due to paucity of space, the details cannot be provided here, but this point has been fully discussed in my strategy paper for a solution to the Armenian Question).

In sum, the following conclusion can be drawn: The clauses of the Treaty of S?vres having to do with the territorial rights of the Republic of Armenia are still absolutely valid due to the aforementioned documents and, with the corresponding efforts and in the right political climate, they can be put into effect.