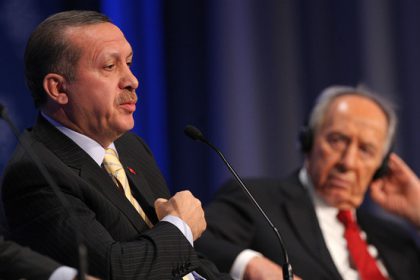 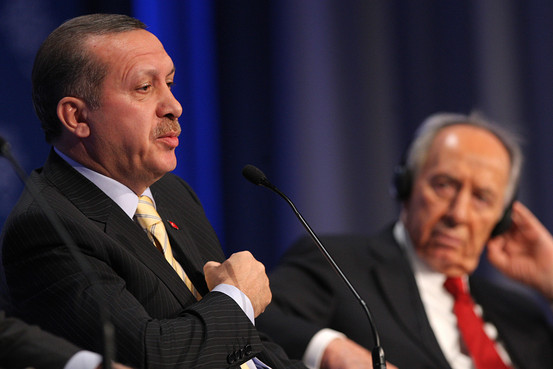 The prime minister has turned his back on America and demonized Israel.

The decades-long alliance between Turkey and Israel is in shambles, and American diplomats are working overtime to fix what's broken. Conventional wisdom holds that the differences between Ankara and Jerusalem can be repaired, that their shared interests are too important to allow the relationship to wither.

But what if conventional wisdom is wrong? What if Turkey finds its increasingly adversarial stance toward Israel so politically advantageous that Prime Minister Recep Tayyip Erdogan actually seeks to stoke the fire?

The event that led to the current conflict was the Turkish flotilla that attempted to break Israel's blockade of Gaza in May 2010. Turkey initially said it would abide by the ruling of a United Nations commission set up to determine what happened. The commission's report, released on Sept. 2, noted that Israel is within its legal rights to impose a blockade against Gaza. Turkey says the report is worthless and continues to demand an apology, even though Israel repeatedly has said it regrets the loss of life as its forces responded in self-defense.

Moreover, Turkey has promised to send more flotillas, accompanied by the Turkish navy, which Mr. Erdogan insists will assume a more aggressive profile throughout the eastern Mediterranean. The military threats from Turkey have extended to preventing Israel from drilling for oil and gas off its own coast.

Mr. Erdogan chose Gaza long ago as the hook on which to hang his aggressive policies against Israel. After thousands of rocket attacks, and civilians demanding an end to raising their children in bomb shelters, Israel's military finally responded with military force against the Iran-backed Hamas terrorist organization in late 2008. No leader criticized Israel more harshly than Mr. Erdogan, who created an international incident by insulting and then walking out on Israel's President Shimon Peres at the World Economic Forum in January 2009.

None of this is an accident. Since Mr. Erdogan and his AKP (Justice and Development Party) came to power a decade ago, Turkey has redirected its strategic thinking away from the United States and the West. The notion that Turkey will only go “so far” and will feel compelled, at the end of the day, to return to the West's fold, reflects wishful thinking.

Some are convinced that Turkey remains in the West's orbit, pointing to its willingness to host missile-defense facilities designed to thwart Iran. But engaging in a balancing act that buys Ankara credit in Washington while serving the strategic interest of diminishing its regional Iranian rival shows Turkey knows how to use the West to achieve its goals in the East.

Turkey sees its economic future in the East, having left the issue of European Union membership in its rearview mirror. Since the AKP won re-election handily in June, Mr. Erdogan feels he's in the driver's seat, with an enormous amount of political capital at his disposal. As recently revealed in a WikiLeaks document, Mr. Erdogan's foreign minister, Ahmet Davutoglu, talked about Turks as the “New Ottomans,” the dominant player in the region.

Israel is the perfect foil for Turkey's ambitions, allowing Ankara to champion its Muslim credentials. It has made its assessment on the basis of costs versus benefits, and thrown Israel overboard. Leaders in Jerusalem and Washington need to conduct their own reassessment.

The U.S. has reached out to Turkey during the Erdogan era and received very little in return, starting with Ankara forbidding the U.S. Army's Third Infantry Division to enter Iraq overland through Turkey. Had that force worked its way south toward Baghdad in 2003, history might well have played out differently in terms of the strength of the Iraqi insurgency and its capacity to generate years of unrest and kill thousands of U.S. troops.

With no one willing to call Mr. Erdogan to account, his Islamist regime regularly bashes the press, narrows the parameters of civil liberties at home, and defends terrorists such as Hamas abroad. In return, President Obama traveled 5,000 miles to Ankara in 2009 to extol the virtues of the Erdogan regime.

For a change, when Turkey talks about flexing its muscles in the Mediterranean, the U.S. should remind Ankara that the U.S. has interests in the region, and that the Sixth Fleet is still in business. And Congress once and for all should remind Turkey that there is no statute of limitations on genocide. With Ankara so keen on seeking apologies, it's time we heard Turkey offer one for the massacres of a million or more Armenians during and after World War I, as well as an offer of reparations payments for Armenian families.

Turkey seems to think the U.S. no longer matters, that its own destiny as regional superpower is assured, and that no one can challenge its moralistic stance as it sits grandly in judgment of all its neighbors. Whether the U.S. can succeed in influencing Turkish behavior remains to be seen. But the days of going to the diplomatic table with a basket of carrots and no sticks must end.

*Mr. Rosen is chairman of the American Council for World Jewry.