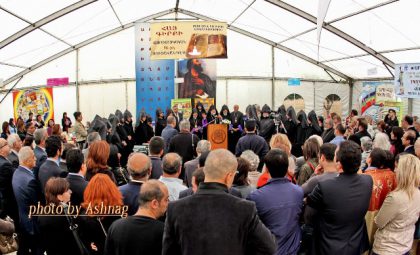 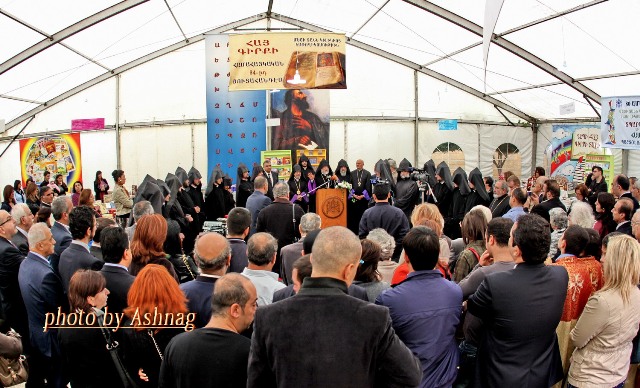 Armenians should cherish and preserve Armenian books, says His Holiness Catholicos Aram I

On 11 November 2012 His Holiness Aram I inaugurated the 34th annual Armenian Book Fair in the presence of the clergy, the seminary students and members of the community.

In his opening speech, the Catholicos noted that the public's interest in Armenian books has dwindled. “From our Golden to the Silver Age, from the Middle Ages to the Renaissance, from the Genocide to the organized Diaspora, the Armenian book has enriched our people spiritually and shaped their identity. In 2012, UNESCO declared Yerevan the book capital of Europe, and we celebrated the 500th anniversary of the Armenian printing press. We organized conferences and published new books as a way to connect the people of the Armenian diaspora to one another,” he said.

The Catholicos then paid tribute to St. Mesrob Mashdots, the inventor of the Armenian alphabet and all those who followed him. He said that through their writings they built the present and envisioned the future.

At the end of his speech, the Catholicos thanked all those individuals and foundations that sponsor publications to ensure the continuity between the past, the present and the future.

Before concluding, he said, “Irrespective of the spread of digital technology, the printed Armenian book should remain the basis on which Armenians are formed and the culture is sustained.” 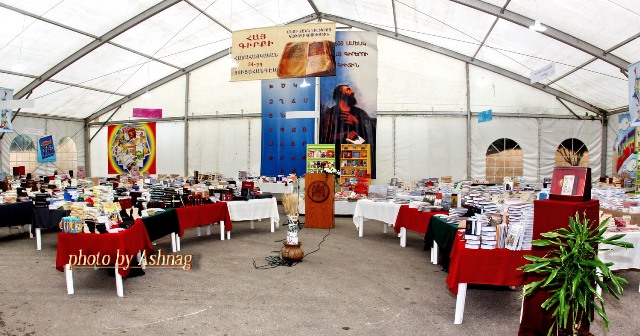