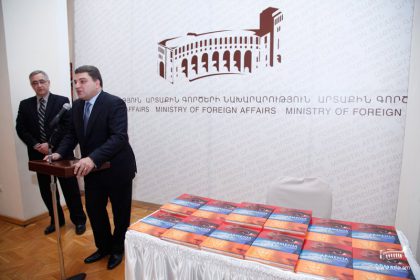 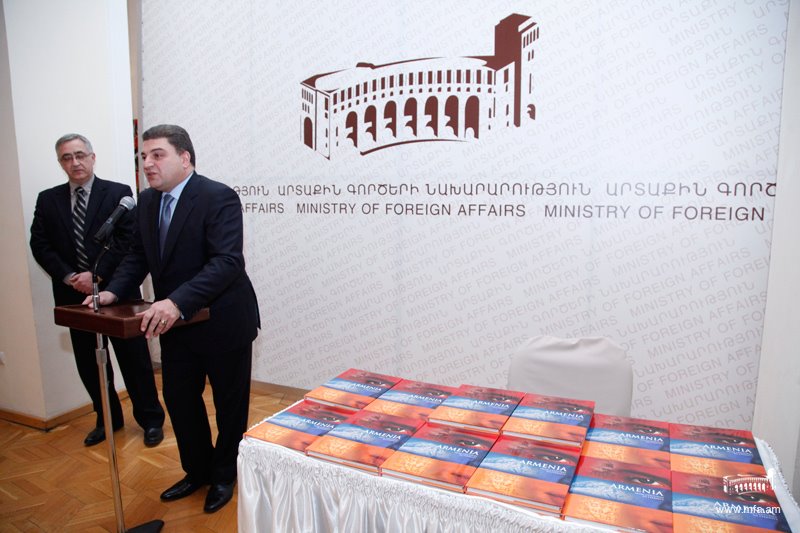 For an author, the biggest achievement is to see his/her book published. Another great feeling is when that book actually shows to be successful and reaches out to the audience.

A very special occasion was ahead of us. On 19 December 2011 a new book about Armenia called “Armenia: from Centuries to Eternity“, put together by the family of Mr. Vahagn Melikian, Ambassador of Armenia to the UAE and published in the United Arab Emirates, was presented at the Ministry of Foreign Affairs in Armenia.

A new idea was brought to life as a result of thorough research. The creation was dedicated to the 20th Anniversary of the Independence of the Republic of Armenia.

The book was previously given out during a Gala Dinner on 28 October 2011 in Abu Dhabi dedicated to the above mentioned occasion, where it was received by the most diverse audience with appreciation. The majority of the attendees were foreigners, who had the opportunity to sense the Armenian culture with the presence of performers specially invited from Armenia, a customized traditional menu, spiced up with this reference book which was given out for free. The book was distributed to college and university libraries around the UAE as well.

The illustrated book (107 pages) introduces the reader to the beauty of the past and the present of this historical country. Carefully compiled information about Armenia is demonstrated in a concise manner that enables the reader to browse easily about the country and its people. The book has aimed to provide maximum number of facts to the readers thus inspiring them to consider Armenia for their future visits or to form a base for researches related to the country.

The reader can sense that Armenia is an ancient but still young place in this world, with its colorful traditions that go back deep into history. The book takes us into a voyage to the centuries old architectural monuments, making us listen to the melody of the rivers flowing in the valleys that carry the taste of Armenian apricot and grape.

In short, one can feel through this book the pulse of the time in a brief tour into the history of the place, from past to eternity.

Photo: Ambassador Vahagn Melikian during the presentation of the book “Armenia: From Centuries to Eternity”, in the Ministry of Foreign Affairs in Yerevan on 19 December 2011 (Photo by MFA of Armenia).