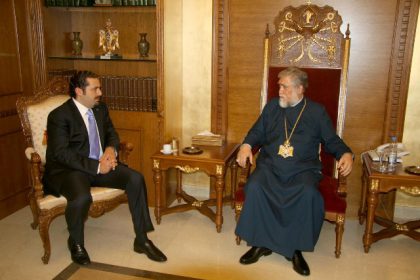 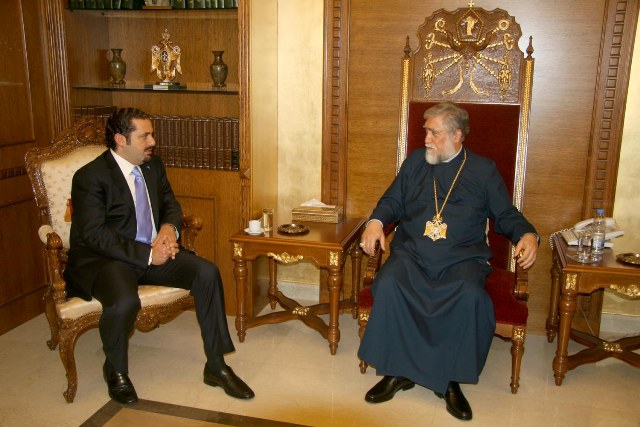 On Friday 9 July 2010, in the evening of the day of the funeral of the deceased father of Catholicos Aram I, His Excellency Saad Hariri, the Prime Minister of Lebanon, came to Antelias to present his condolences personally. The visit also provided the opportunity for them to discuss problems, projects and issues related to the internal situation of Lebanon.

On Sunday, 11 July 2010, His Excellency Michel Suleiman, the President of Lebanon visited His Holiness Aram I at the Catholicosate of Cilicia in Antelias, Lebanon. The purpose of this visit was to present to His Holiness in person his condolences for the passing away of his father, whose funeral took place two days ago.

The meeting was an occasion also to discuss with the President of Republic issues pertaining to the actual situation in the region in general, and Lebanon in particular. His Holiness Aram I reaffirmed the strong commitment of the Armenian community to strengthening the state of Lebanon with its institutions, as well as deepening the internal unity of Lebanon as a country of coexistence, harmony, and tolerance.

At meeting was attended also by His Grace Archbishop Kegham Khatcherian, Primate of Lebanon, members of the Central Committee of the Catholicosate, Armenian ministers and deputies, as well as heads of Armenian political parties in Lebanon.

On Saturday 17 July 2010, former President Amin Gemayel visited His Holiness Aram I in Bikfaya.  Their conversation focussed on national and regional issues. 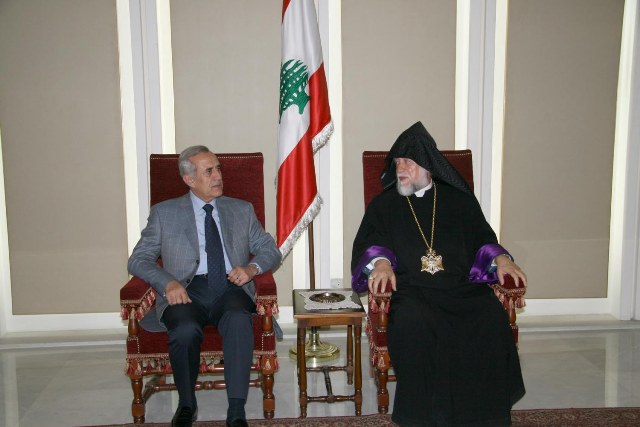