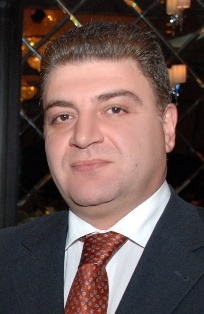 The Armenian Ambassador to the UAE, Vahagn Melikian, has praised the efforts of the President, His Highness Shaikh Khalifa bin Zayed Al Nahyan, in protecting the environment, preserving wildlife, and developing natural resources in the UAE and other countries, especially Armenia.

In a lecture at the Media Affairs Centre in Abu Dhabi, Melikian expressed his country's gratitude to the UAE leadership for donating land in Sharjah and Abu Dhabi for building churches and schools for the Armenian community in the two emirates.

The Armenian ambassador shed light on the Arpa-Sevan tunnel reconstruction and rehabilitation project and its vitality for his country.

He said that Armenia is often referred to as an open-air museum as there are about 40,000 historical monuments spread across the country. Lake Sevan is, undoubtedly, considered one of Armenia's most precious treasures, he added.

Melikian praised the $10 million loan given to his country by the Abu Dhabi Fund for Development to finance the rehabilitation of Arpa-Sevan Tunnel project, stating that this is a positive indication of the desire and determination of the two countries to strengthen their bilateral relations in all fields.

Lake Sevan is located some 65km northeast from the capital, Yerevan, and it is considered the biggest lake in the Caucasus and one of the highest freshwater lakes in the world, he said, adding that it has a tectonic-volcanic origin.

The ambassador stated that Lake Sevan is the only large natural water reservoir in Armenia, which is highly important for water balance of the Southern Caucasus, as well as for that of northern Iran and Turkey.

Due to its strategic water resources, it is simultaneously the basic source of consumer water supply for Armenia and bordering states, he said, mentioning that 26 big and small rivers flow into Lake Sevan, whereas only the Hrazdan River flows out of it.

The first year of Ambassador Vahagn Melikian in office