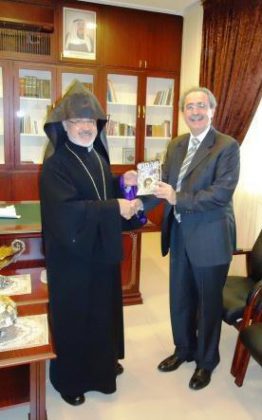 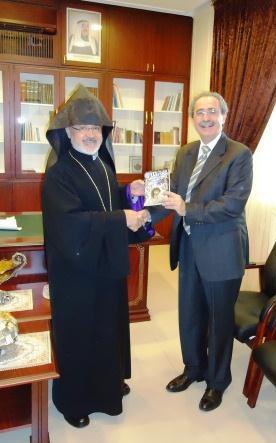 The Bible Society in the Gulf is pleased to announce the arrival of an engaging new book ? Manga Messiah available for the first time in Armenian!

?Start children off on the way they should go, and even when they are old they will not turn from it .?
(Proverbs 22:6).

The Bible Society in the Gulf is extraordinarily excited to announce the arrival of Manga Messiah in Armenian. Manga is the Japanese word for comics. It has become a huge hit around the globe and has been translated into more than twenty languages. Armenian is the latest addition to a long list of languages that includes Danish, German, Russian, Norwegian, English, Spanish, French and many more.

Manga Messiah is a faithful account of the life of Jesus based on the four gospels of the Bible, Matthew, Mark, Luke and John. The 288 pages are all in color. It includes a map of Galilee, Samaria, and Judea. The book also features illustrated character profiles of the twelve apostles and other key people in the Bible. The Bible Society in the Gulf is especially proud to publish

– the most popular comics
– the fastest growing genre in the publishing world
– the highly engaging, cutting-edge art style
– and the most appealing rendition of the Gospel accounts to kids

in 2011, the Year of the Armenian Child, as proclaimed by His Holiness Aram I, Catholicos of the Holy See of Cilicia of the Armenian Apostolic Church.
Committed to serve the different denominations with their Scripture needs, the Bible Society in the Gulf collaborated with the Armenian Apostolic Church in Kuwait and the UAE to translate, print and distribute Manga Messiah to Armenian children not only in Kuwait and the UAE but also in other
diaspora communities around the world.

On the occasion of the groundbreaking release of the Armenian version of Manga Messiah, Mr. Hrayr Jebejian, General Secretary of the Bible Society in the Gulf, said, ?I am extremely happy that after many months of hard work and intensive planning together with the Armenian Apostolic Church in the Gulf, we were finally able to procure the necessary funds for the translation, printing, and distribution of Manga Messiah. I am glad to announce that the books will be distributed to all free of charge. Hence, I would like to thank the sponsors who made this possible. I would also like to thank the director of Next, Mr. Roald Lidal, who made the Armenian version of Manga Messiah a reality. Our purpose is to reach out to young people in an
ever-changing culture and challenging times with the message of the Gospel in an attractive, compelling format.?

Photo: Bishop Shahe Panossian, Catholicosal Vicar of the Armenian Diocese of Kuwait and the Arabian Gulf (left) receieving the copy of the newly printed MANGA Armenian book from Hrayr Jebejian, the General Secretary of the Bible Society Gulf.

Published in Azad-Hye with the permission of the Bible Society in the Gulf. 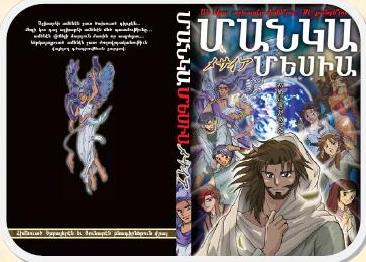