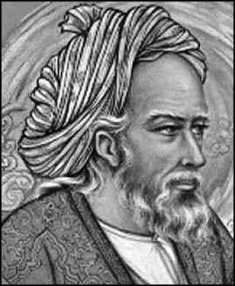 Iranian news agency “Mehr News” reported on 11 July 2007 that a book titled “The Rubaiyat of Omar Khayyam“, featuring a selection of quatrains by the Persian poet translated into Armenian by Atayan Rafael Arshak, was recently published by “Iravunk” publications of Armenia.
?
The book is sponsored by the Iranian Cultural Attach? in Yerevan.
?
It was published as part of a project which aims to introduce the works of the great Iranian writers to the Armenian public.
?
Incidently Omar Khayyam's works were also published in Turkish. “The New Anatolian” website reports on 28 June 2007?that the Miras-e Maktub Research Center has published a collection of Omar Khayyam's works called “The Rubaiyat of Omar Khayyam” with a prologue and commentary by the Turkish scholar Abdulbaki Golpinarli on the occasion of his commemoration ceremony.
?
The collection contains “Silsilat at-Tartib,” an Arabic discourse praising Avicenna and its Persian version by Khayyam, and “Tarabkhaneh: The Rubaiyat of Omar Khayyam” which is the most authentic and the oldest version of the rubaiyat collected in the mid-15th century by Yar Ahmad ibn Hossein Rashidi (Tabrizi).
?
Miras-e Maktub Research Center also sponsored a two-day seminar commemorating Abdulbaki Golpinarli, who is famous for his knowledge of Persian poet and mystic Molana Jalal ad-Din Rumi, held at Tehran University's Allameh Amini Hall.