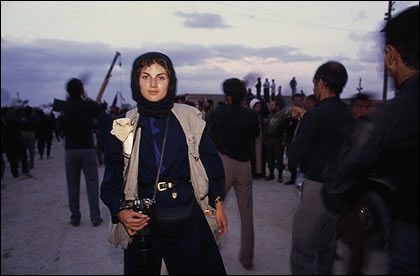 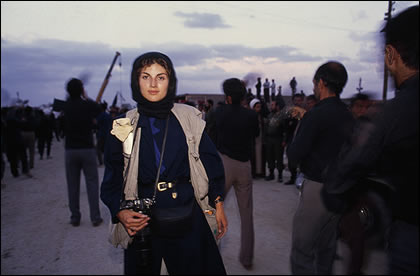 Alexandra Avakian was born in New York City and grew up in her parents' world of theater and moviemaking, primarily in New York and Malibu. In 1983 Avakian graduated from Sarah Lawrence College with a B.A. in liberal arts. She also studied at the International Center of Photography and the New School. She has been a photojournalist since 1984.

Avakian has been a National Geographic photographer since 1995. Her assignments have included a cover story on Iran; photographic essays on Gaza, Romania, and Armenia; and intensive photographic projects on Lebanon's Hezbollah and American Muslims.

Avakian's exclusive coverage of Lebanon's Hezbollah appeared as a portfolio in 2006 in Time and Corriere della Sera magazine. It was also published by Der Speigel, and nationalgeographic.com and was featured on an episode of CNN's Anderson Cooper 360 news program. Her in-depth study of Muslims in America was published as a portfolio in U.S. News & World Report's special “Secrets of Islam” issue and Saudi Aramco World magazine in 2005.

She was a top freelancer for Time and the New York Times Magazine between 1988 and 1996. Between 1988 and 1992, Avakian covered the Soviet Union and its fall, including several civil wars, uprisings, and the 1991 coup. Avakian also covered the First Palestinian Intifada for seven years and many other stories in the Middle East, Africa, Eastern Europe and the Caribbean. She spent seven months covering the uprising in Haiti and documented the civil war and famine in Somalia and Sudan. Her subjects have also included the 1988 earthquake in Armenia, the funeral of Iran's Ayatollah Khomenei in 1989, and Czechoslovakia's “Velvet Revolution.”

Avakian has been published by the majority of mainstream news magazines in the U.S. and Europe since 1984 and has exhibited widely. She has twice exhibited solo at Visa Pour L'Image in France. In 2006 she took part in the 30th anniversary Contact Press Images exhibitions at Visa Pour L'Image and at the Pingyao International Photography Festival in China.

Avakian has been a senior member of Contact Press Images since 1991. She lives with her husband and son in the Washington, D.C., area and recently released her own book, Windows of the Soul: My Journeys in the Muslim World, published by National Geographic. She is also currently working on a book of her father's photographs of great jazz musicians.