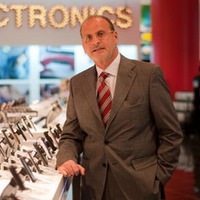 Middle East retailer CompuMe has announced that it will brand itself as [email protected] for the in-house IT concessions it operates in Virgin Megastores in the UAE. CompuMe also operates concessions in some smaller Carrefour Market stores and hopes to increase its presence further in the UAE retail channel in 2013. CompuMe also announced the closure of its standalone Mall of the Emirates store at the end of February.

CompuMe's relationship with Virgin continues to grow with business increasing more than 40% year-on-year, resulting in more space allocated to CompuMe in Virgin Megastores across the UAE and region. CompuMe also hopes to expand its business with Carrefour Markets across the UAE and hopes to increase its presence during the next three years.

Dikran Tchablakian, CEO at CompuMe, said: “As we are constantly seeking the best ways to reach out to all our customers and partners wherever they are, we are very happy and proud with our growing partnership and presence in Virgin Megastores and Carrefour Markets. We will also be announcing new ventures that aim to increase CompuMe?s market share not only in the UAE, but also across the entire region.”

“Since the management buyout in 2010, CompuMe has fulfilled all its obligations and has grown its business on solid financial grounds. Today CompuMe is the largest management company for store-in-store concepts and has grown smarter, more productive and more approachable for both customers and partners,” he added.

CompuMe closed its store in Mall of Emirates due to the re-merchandising of the store area by the mall management, according to the retailer. A new store location will be announced in the near future.

In May 2010, CompuMe and i2 finalised a deal that changed their ownership structure in the UAE. Dikran Tchablakian, who has served as senior Vice President of i2 and as Co-founder of CompuMe became the owner and CEO of the new company.

i2 has been one of the largest providers of telecommunications, digital electronics and IT products in the MENA region.

Tchablakian has more than 25 years of IT retail industry experience. He helped hundreds of brands to deliver products to their customers. He started his career at Sakhr, a Saudi hardware and software company. He served as Vice Chairman of CompuMe, expanded throughout the Middle East with franchise outlets in the UAE, Egypt and Saudi Arabia.

He has been Member of the Advisory Board for Teydo Holding Inc. since October 2008 and has joined Roberto Miranda of Telefonica on FindWhere's Advisory Board.

Dikran is married and has two children.