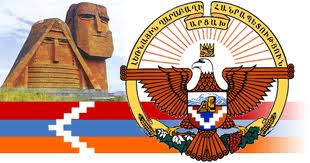 According to Masis Mailyan, Chairman of Nagorno Karabakh Republic's Council for Foreing Policy and Security, Kosovo's recognition may lead the way to the recognition of Karabakh.

“The West backed Kosovo?s independence, while Abkhazia and South Ossetia were recognized by Russia and some other countries. Thus, the U.S., EU, Russia, as well as a number of other states, consider recognition the most effective mechanism of ensuring stability in the conflict zones”, he said.

Coordinator of  Armenian National Congress (main opposition party) Levon Zurabyan told journalists that “today, international law permits broadening of the right of self-determination up to separation, when the rights of the self-determined people were violated”.

Analyst Karine Ter-Sahakyan sees that political consequences of the verdict will appear not only in the former Soviet Union territorries, but also in countries such as Spain, China, Belgium. “It will result in the redivision of the world formed after the Yalta treaty”, she predicts.

Whatever the comments, it is obvious that the International Court of Justice has placed the right of nations to self-determination above the principle of territorial integrity.